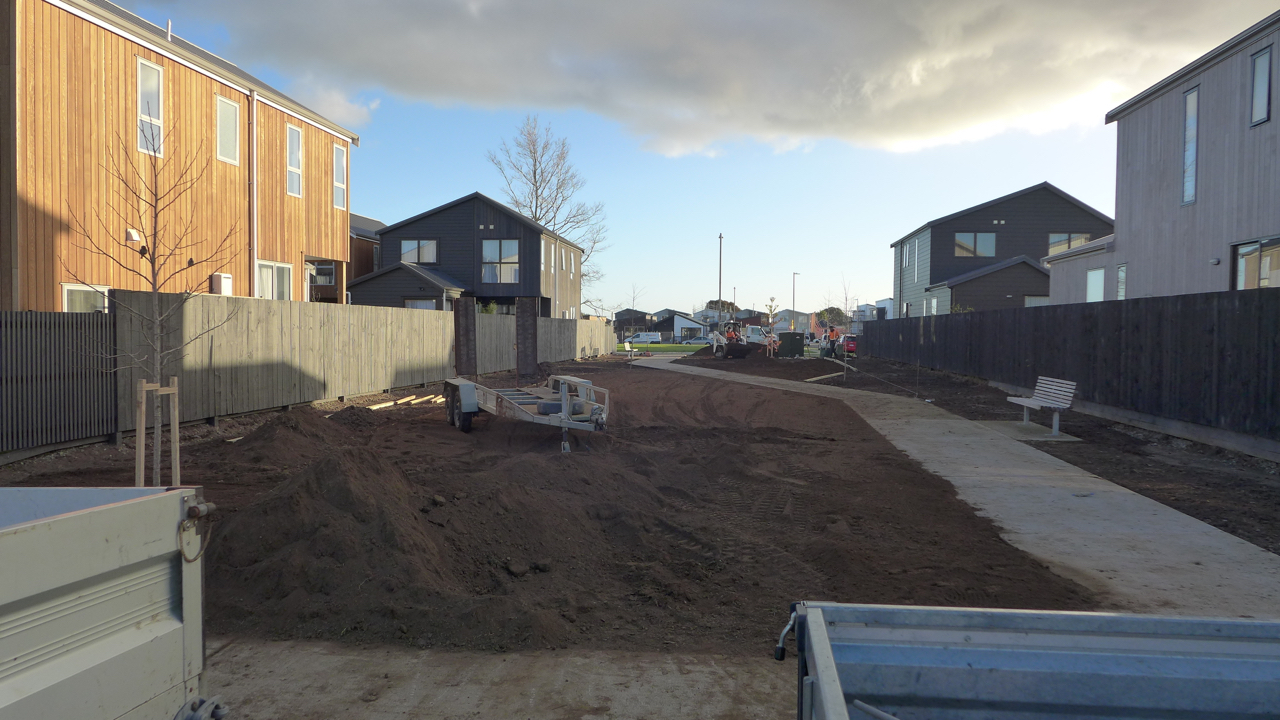 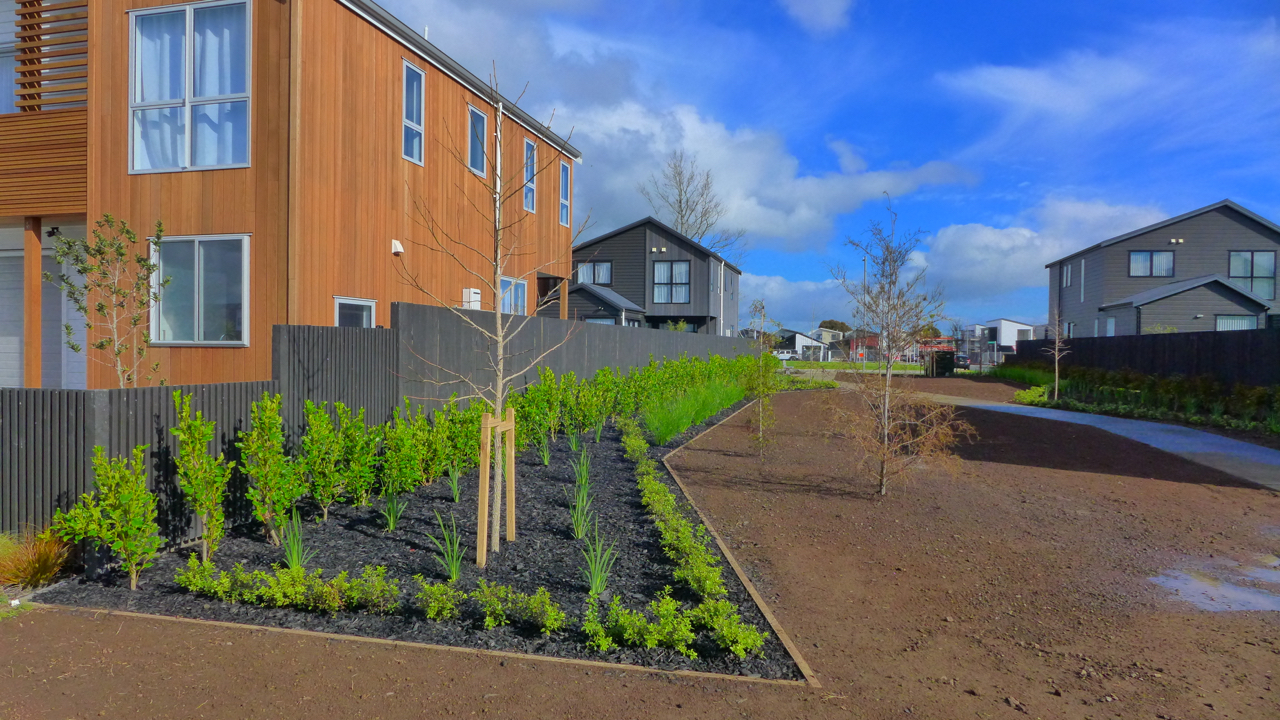 Envoco has undertaken a number of ‘Pocket Park’ jobs within housing developments. These jobs involve spraying out lawns the lawns prior to commencement. Following this, the top layer of soil is removed and quality soil is imported. We are then able to plant hedging, ground and shrub cover and specimen trees as well as mulching the garden beds, installing park benches and finishing with grassing. 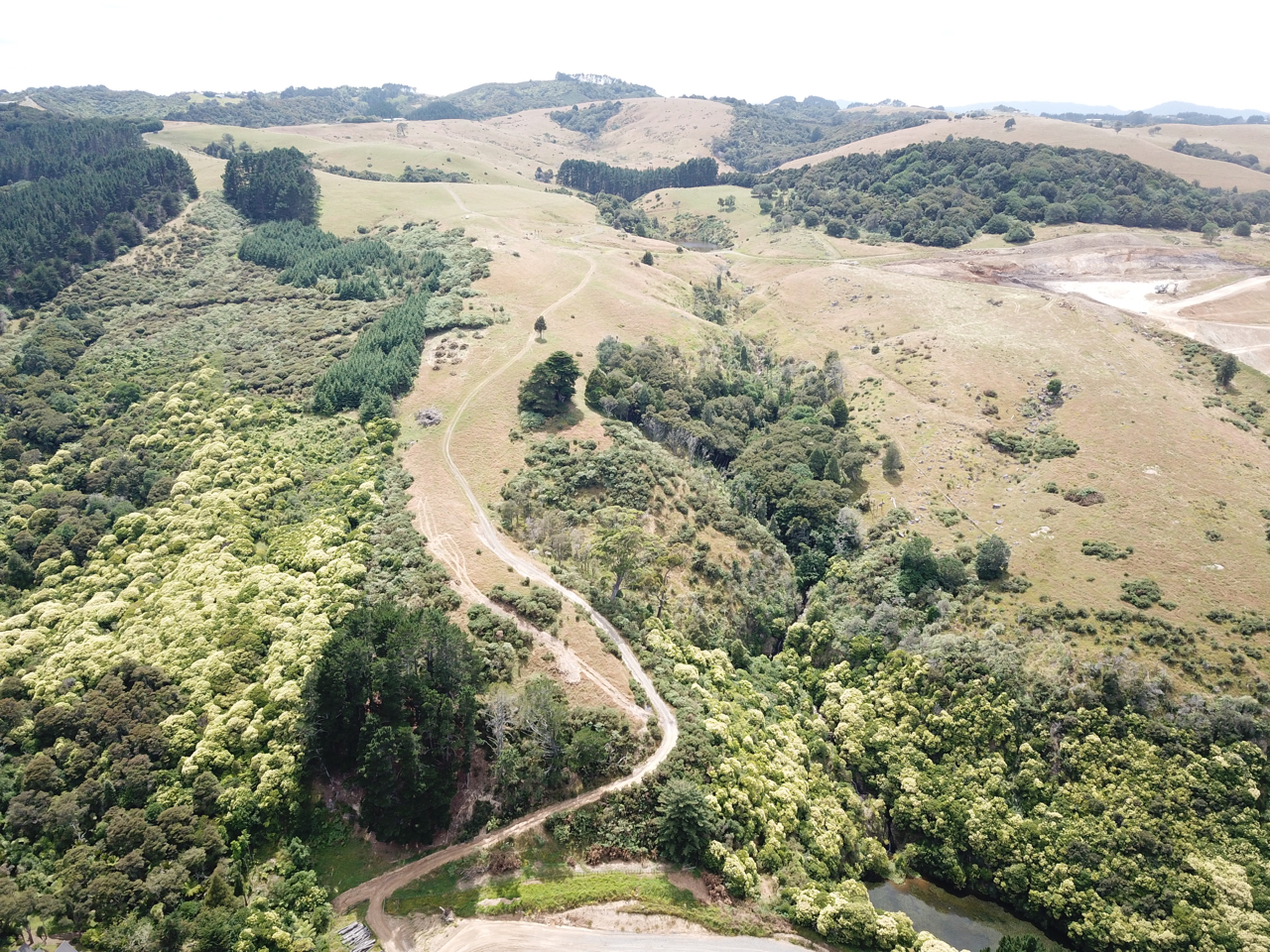 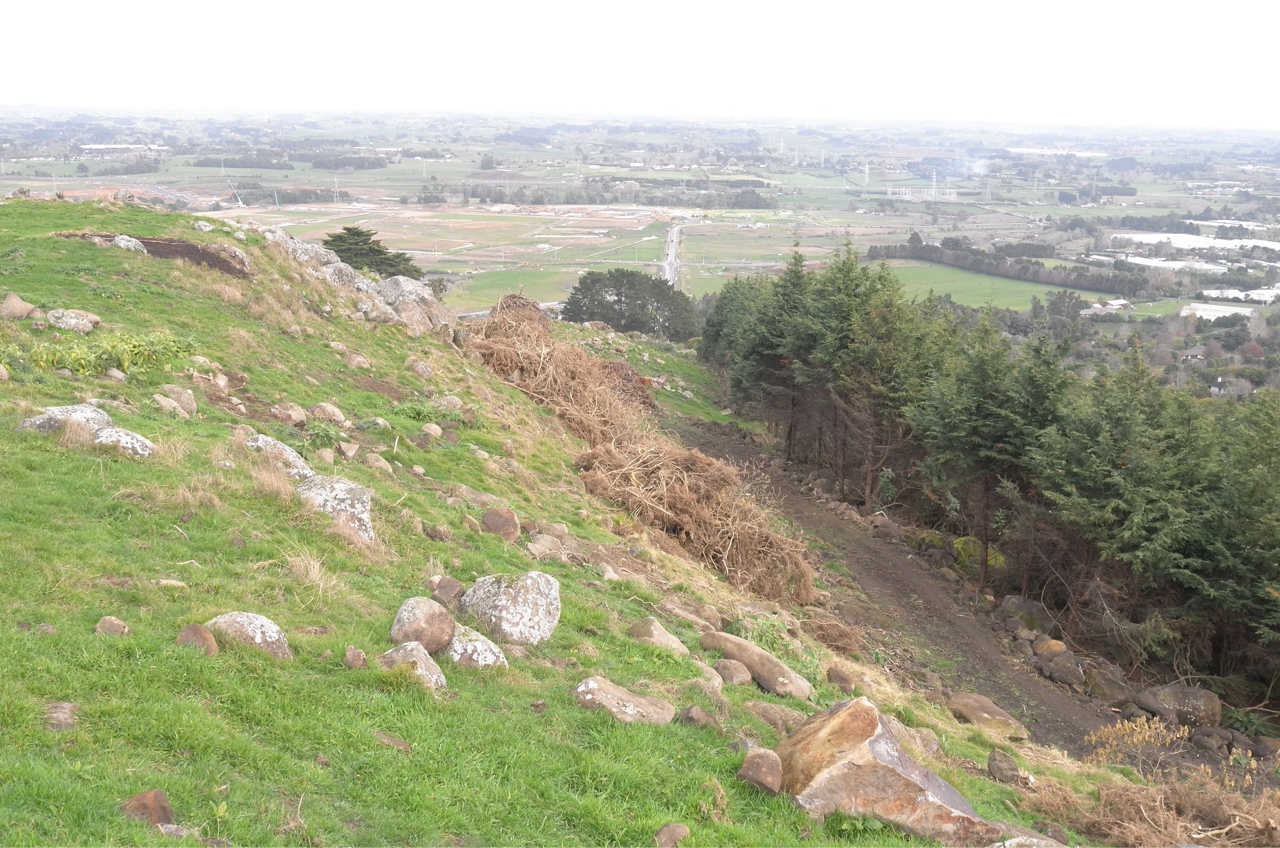 The expansion of Stevenson’s quarry has required the  preparation of the mitigation site positioned in the North/North Eastern section of the current  quarrying operation. The expansion is extensive and involves the clearance of grassland, forest areas and the diversion of a stream. Our ecologists have been involved in the assessment of the clearance and mitigation sites, including an SEV of the stream, native lizard monitoring and native gecko spotlighting. Our team has carried out the physical removal of plant pest species and monitored and trapped pest animal species. To date, there has been over 9 kilometres of mitigation restoration undertaken. 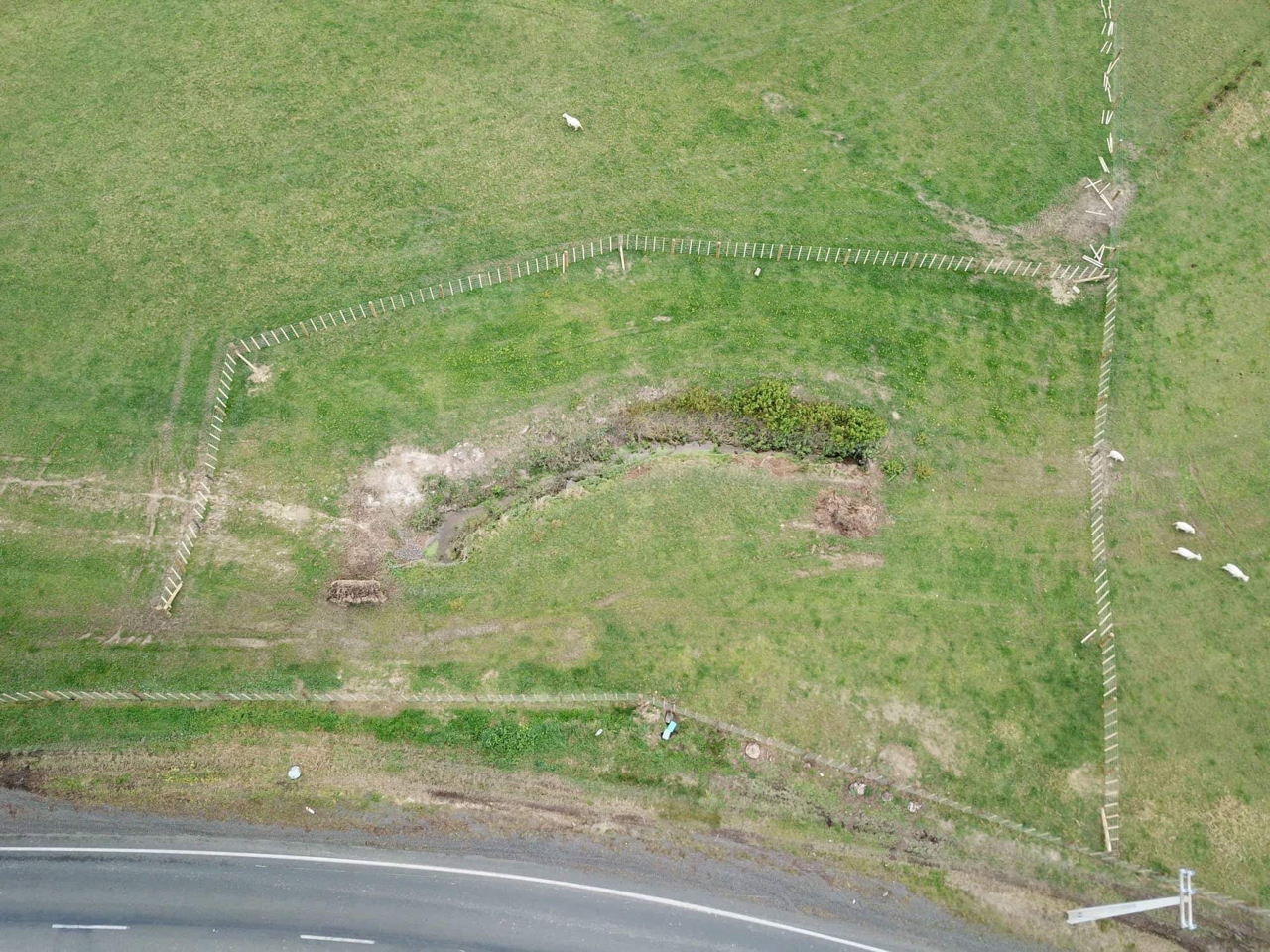 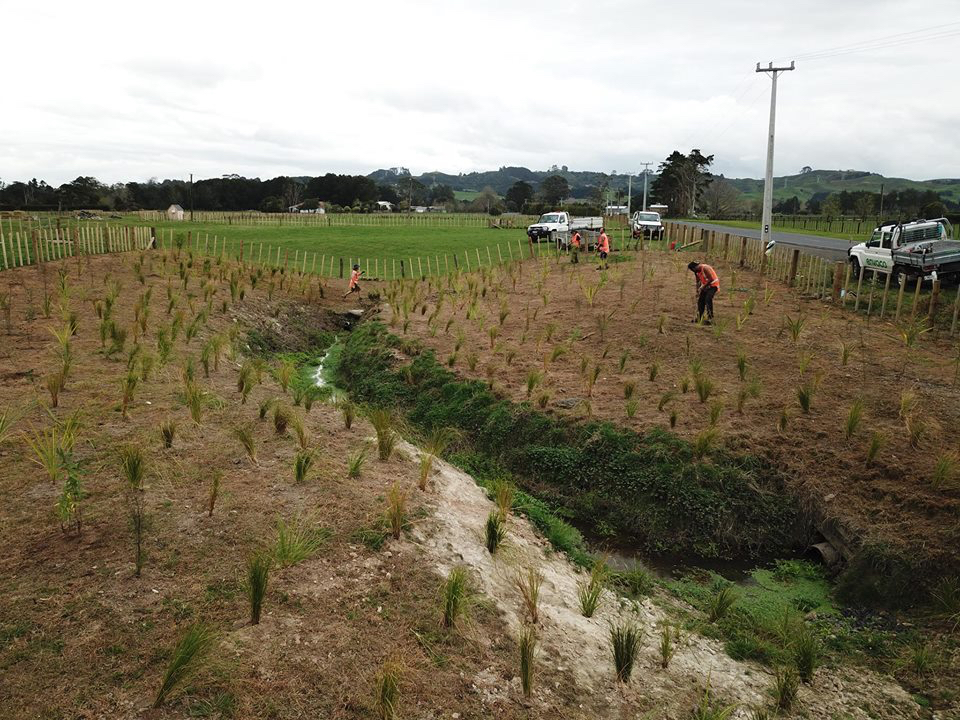 Envoco assisted in developing a Mitigation Plan to assist with achieving retrospect consent in the clearing of materials within a streambed. To date, six hectares of mitigation reinstatement has been undertaken within the area. Our team sourced a number of potential ‘like for like’ streams within the same catchment to act as mitigation streams in the offsetting requirements from the consent. Our team worked closely with consulting engineers to assist the owner in achieving a positive outcome. 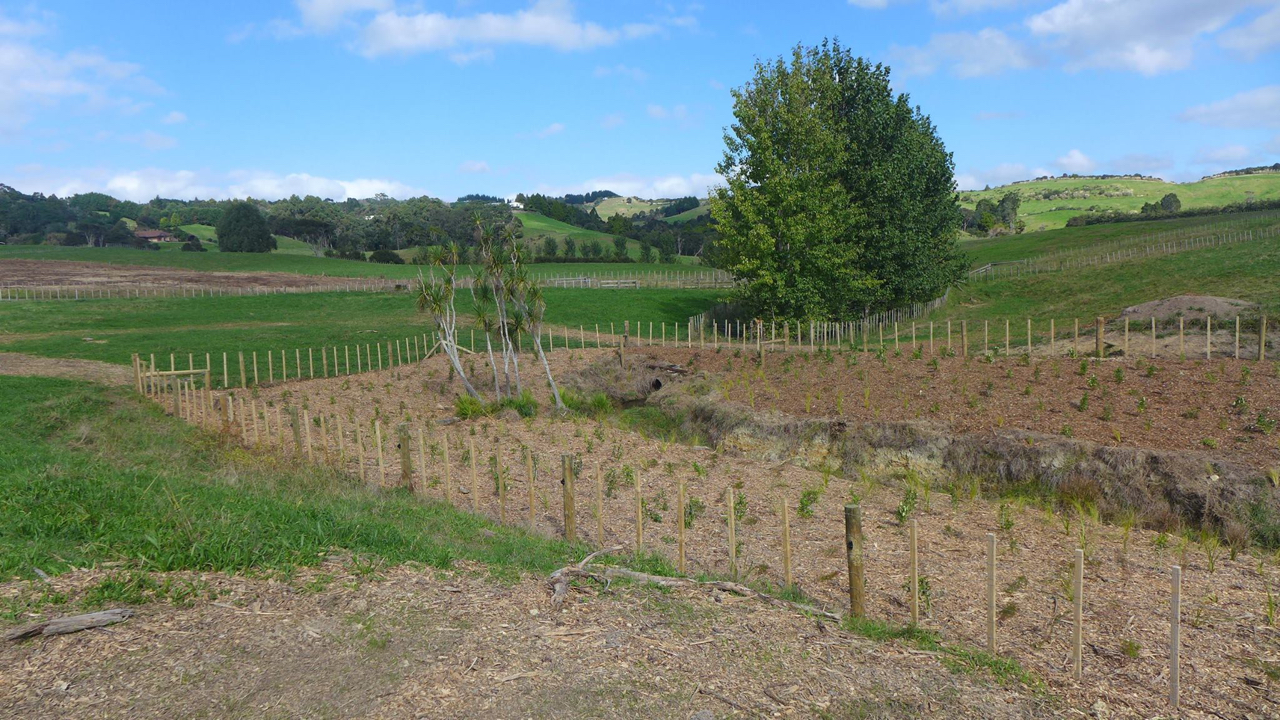 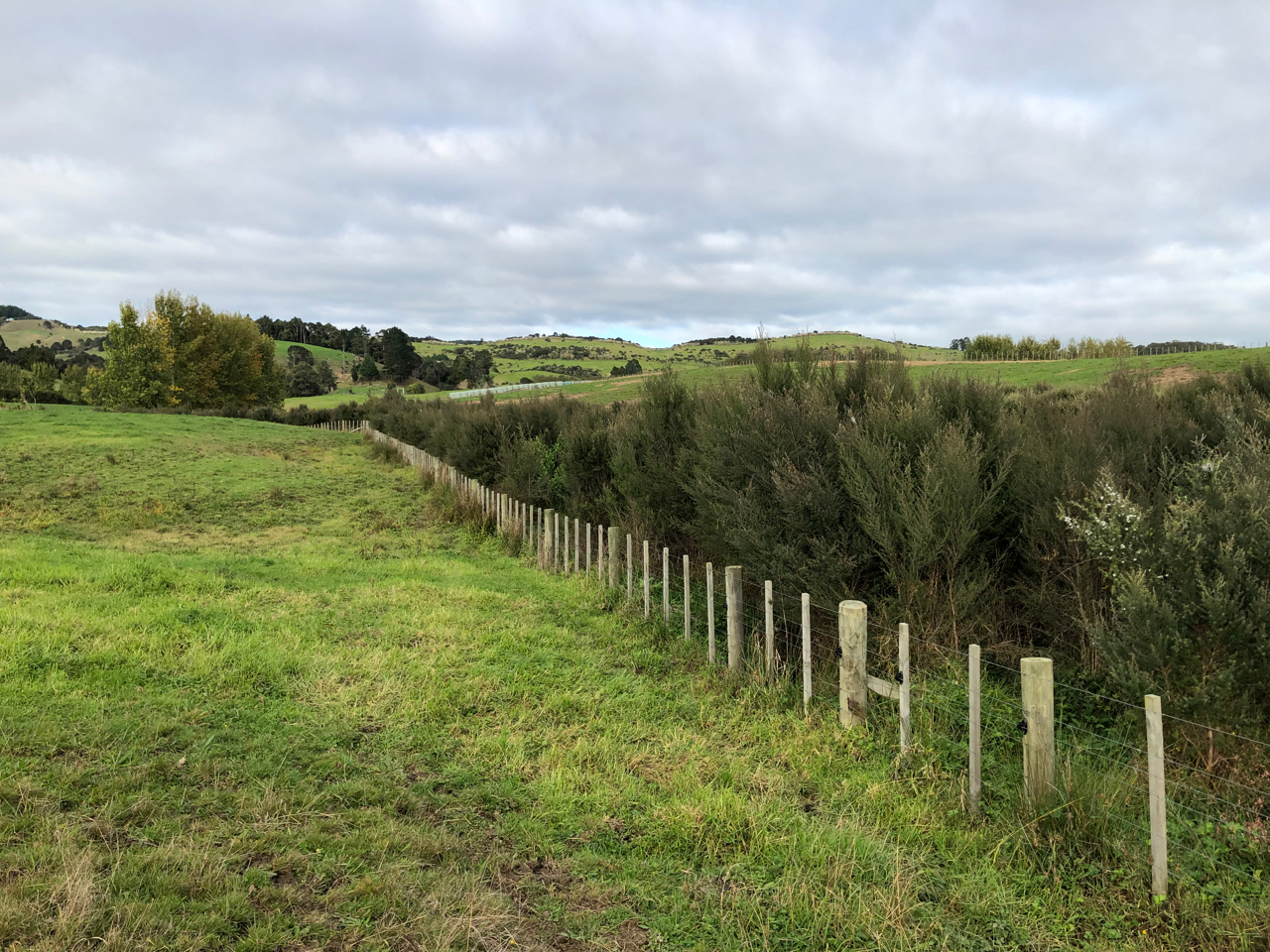 Envoco has been working with P & I Pascoe since 2002. We have assisted with Mitigation work at their Creighton’s Road clean-fill operation. The work involved two stages of stream restoration and maintenance for five years. Maintenance involves plant pest control, fish ladder installations/inspections and annual reports.

Our team has also undertaken plant pest management on their seventy hectare Twilight Road clean-fill operation for the last five years. We developed a Mitigation Plan  for the lodging of consent for the second stage of the Twilight Road site. This involved identifying ‘a like for like’ stream, assisting with an SEV and the reports to lodge  consents. 300 metres of fencing around the stream were undertaken as well as plant pest removal, planting and management of the site for five years. 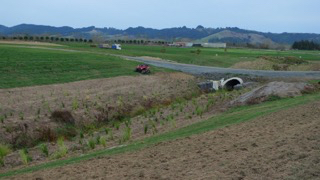 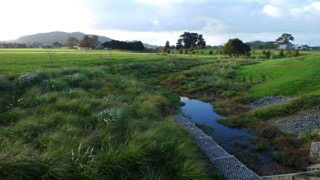 Envoco carried out the mitigation works at the Clevedon Showground site. The site was a farm purchased for the provision of recreation and community activities. Our team cleared noxious species from the site, which required a twenty tonne digger with mulching head and a MeriCrusher attachment to a two hundred horsepower tractor. The digger removed vegetation and the tractor and implement power-hoed transformed dead detritus/soil into a friable media for planting. The mitigation planting consisted of sixty thousand plants and maintenance for two years. 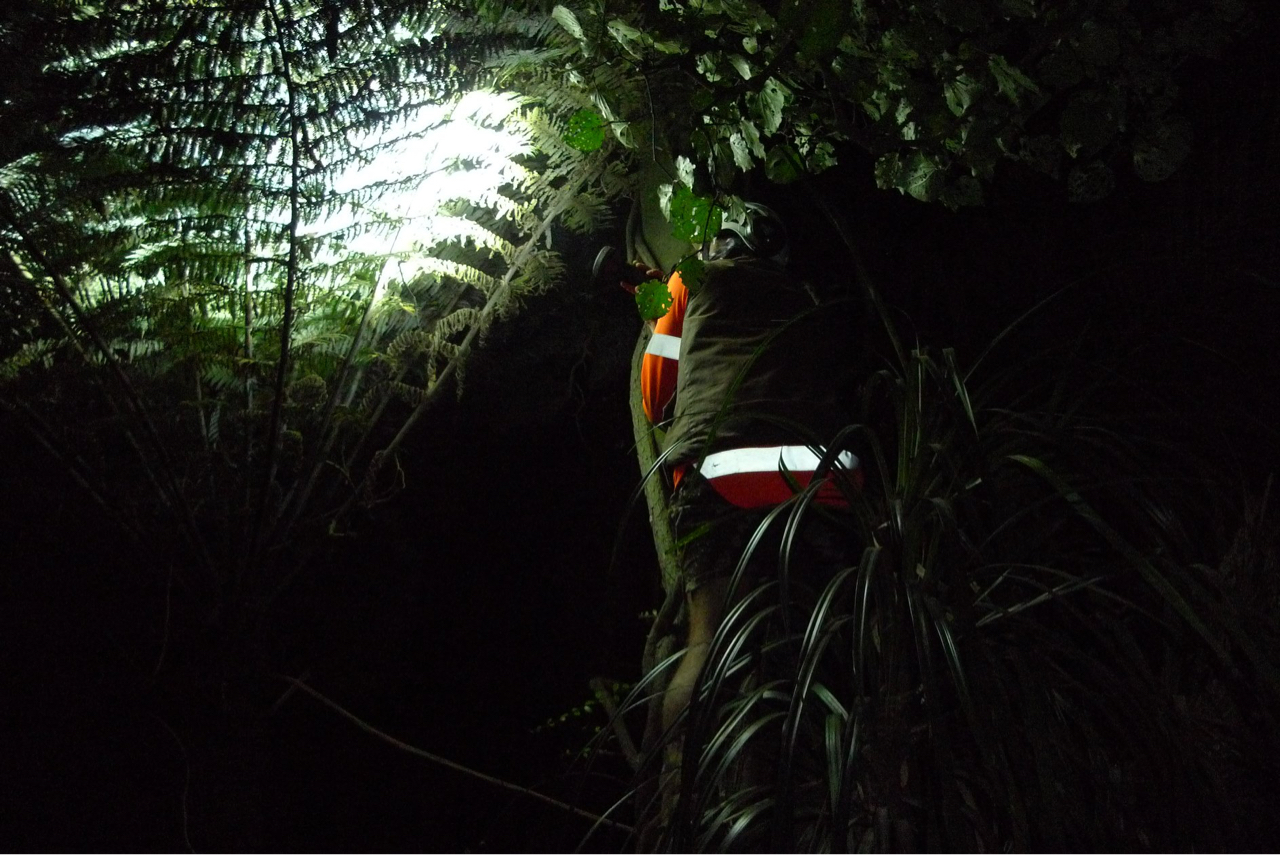 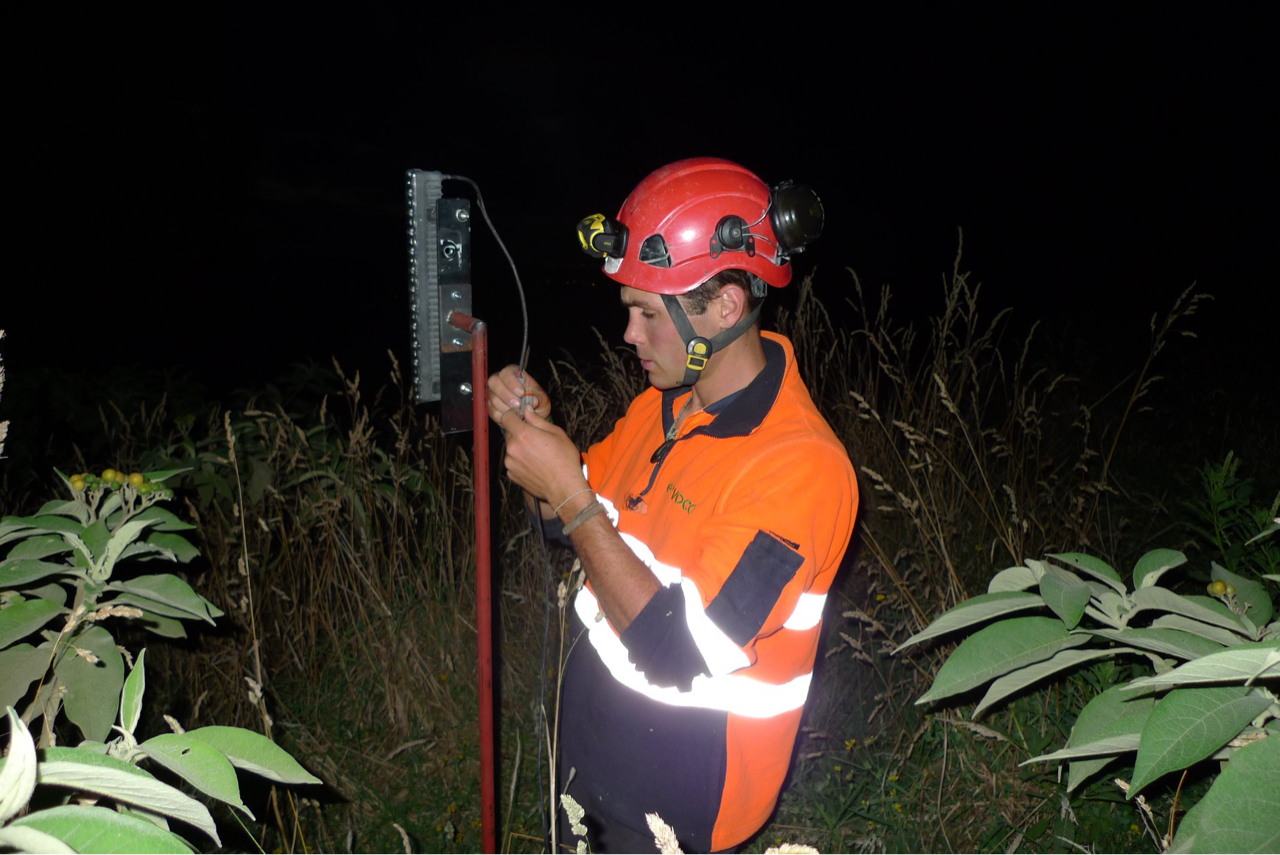 Spotlighting was carried out within the Drury Hills to determine whether there is a presence of any native gecko and/or skink species within the proposed impact areas and surrounding site. The nocturnal survey involved spotlighting for native geckos and progressed for four nights over three weeks. This was carried out in favourable weather conditions (dry and calm). Any gecko discovered resulted in an additional 2 hours in searching undertaken. High-powered LED spotlights were used to identify eye shine of geckos and their physical shape. Any lizards caught were translocated to the mitigation site. Species were placed into hard transportable containers with ventilation holes for breathing. Each container had a cloth bag and contained locally sourced materials such as grasses, leaves, sticks and soil. 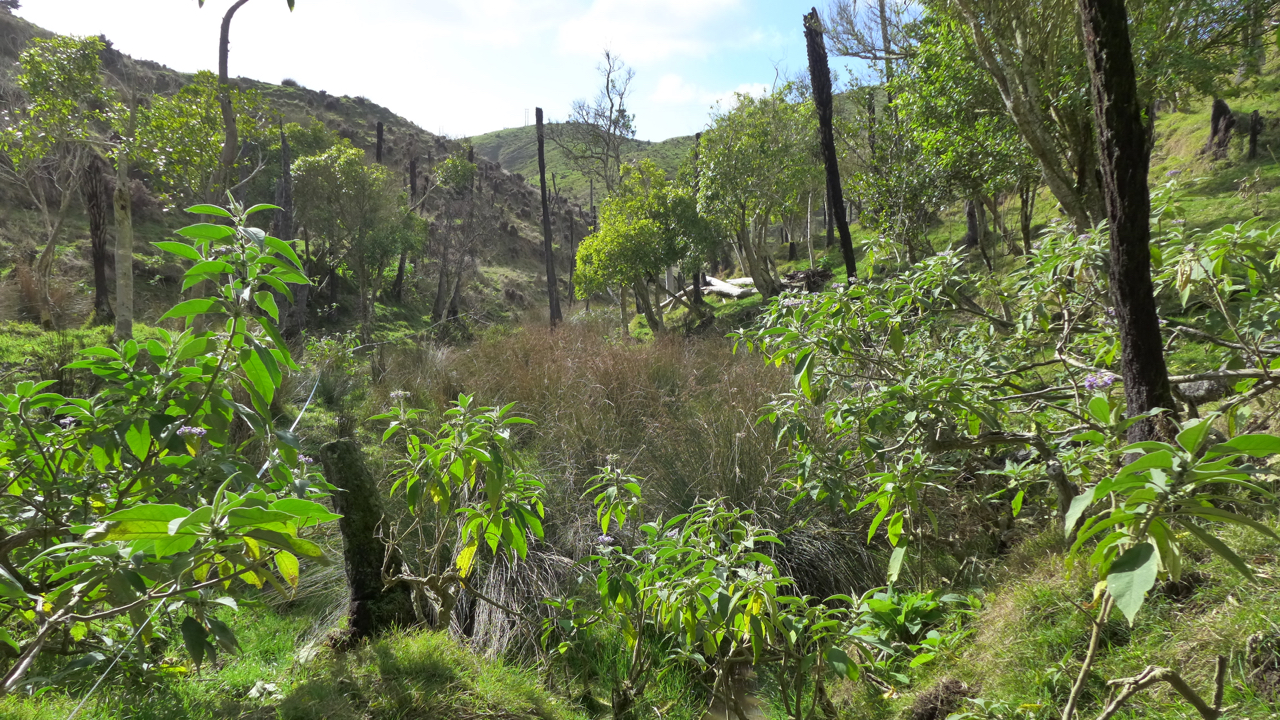 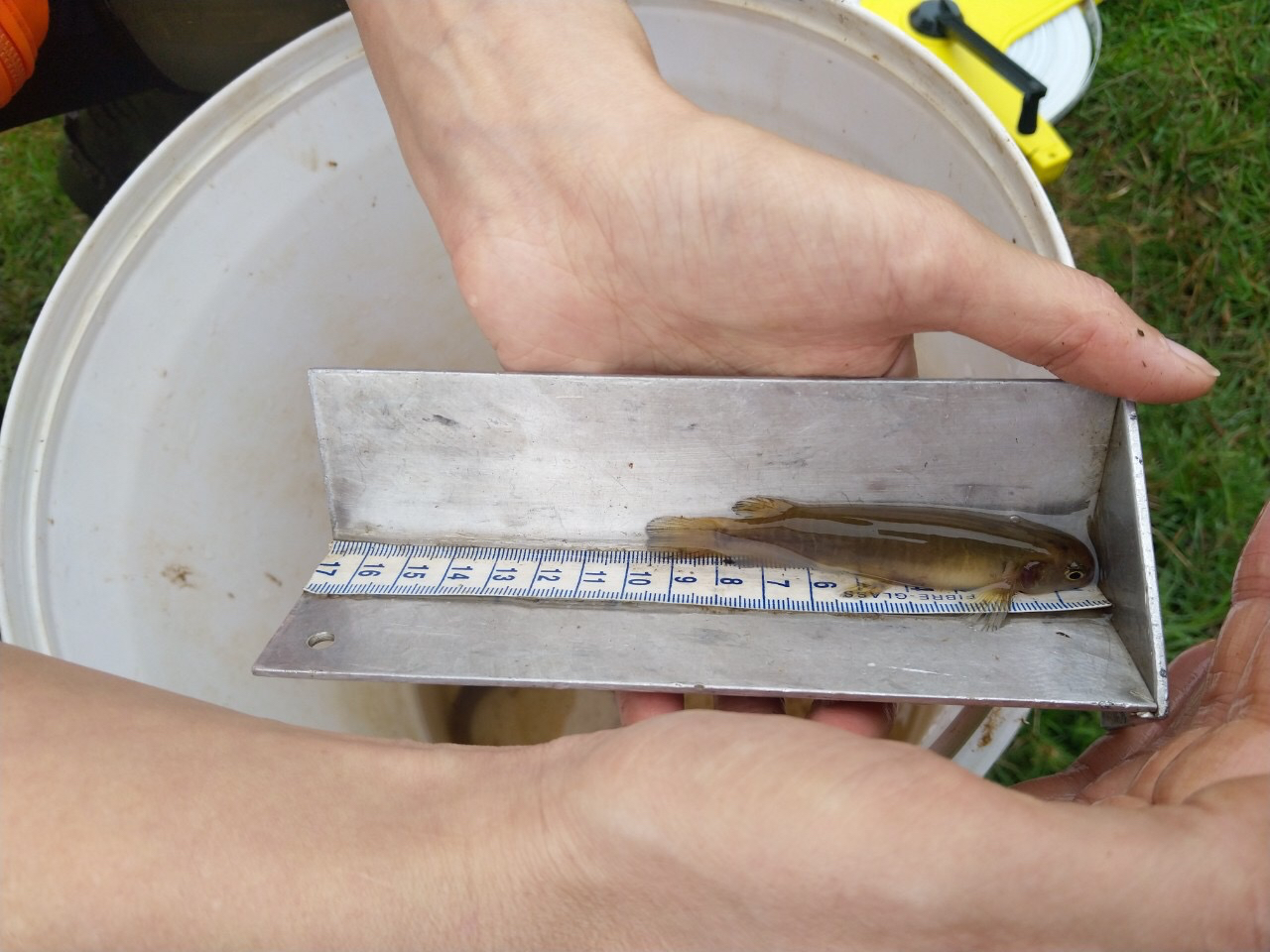 Envoco have been involved in a number of biodiversity offsetting projects. The proposed development of this site and subsequent stream removal required a Stream Ecological Valuation (SEV) to be carried out to determine its value. The main objective was to account for the loss of function that will result from diverting the stream, so that an identical gain in ecological function can be achieved in its redirected area. This involved the sampling the functions at sections along the streams reach.

Fish sampling was also necessary and was done using Gee Minnow traps, which were set up and left overnight. The traps contained banded kokopu, which were then released back into the stream.